A Talented Team of Sculptors to Bring Your Vision to Life

Our Team of Artists

We are a family-run custom art company.
Below we have a short bio on all of professional artists.
Call us for your custom art piece 1 (801) 427-4477

Dee Jay(DJ) Bawden (Born January 12, 1951) is an American Professional Sculptor. He is from West Valley City, Utah and now resides in Provo, Utah.

DJ's Mother was a Painter and his Father was a Wood Carver. In his early years he learned basic art concepts, basic proportion and anatomy from his parents. By age 13 his art skills were developed so well he was asked to make a sculpture of his schools mascot, a Life Sized Horse Sculpture. In the 1960's before he was 18 years of age, he sold multiple bronze statues and loved creating limited addition custom bronze's.

Throughout the 1970's, Western Art, Native American, Mountain Men, and Wildlife Sculptures of DJ's filled Galleries throughout the Rocky Mountain Region. By the mid 1970's he was able to become a full time Professional Sculptor(until then he was only part time). DJ dedicated all of his time and effort's to Bronze Sculpture and grew more passion for art everyday.

By the late 1970's and early 80's DJ experienced some life lessons & changes that made him try sculpting statues of a more religious nature. He was able to sculpt many Religious Statues for Christian Churches all over the world. DJ has 14 children with his first wife who passed in 1997. DJ is now remarried to his former High School Sweetheart Deana Johansen Bawden. Between the two of them they have 18 children, many of which are professional artists in multiple mediums. 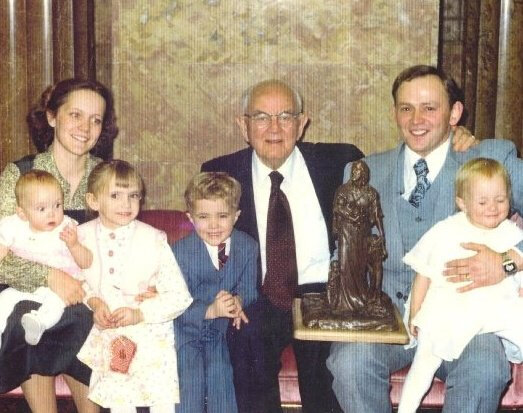 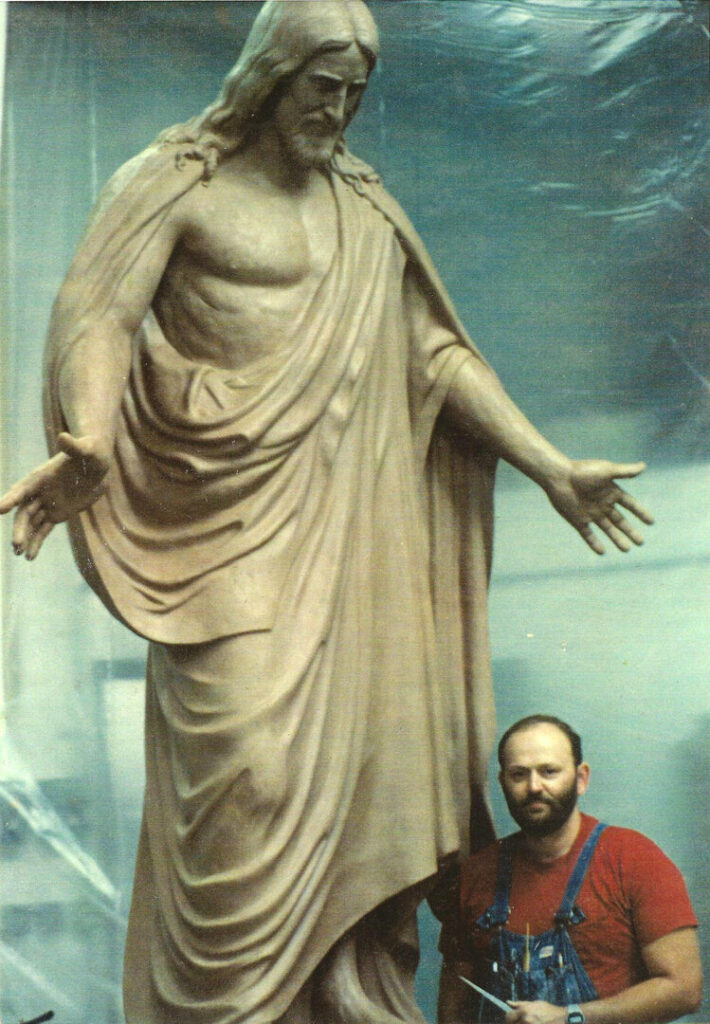 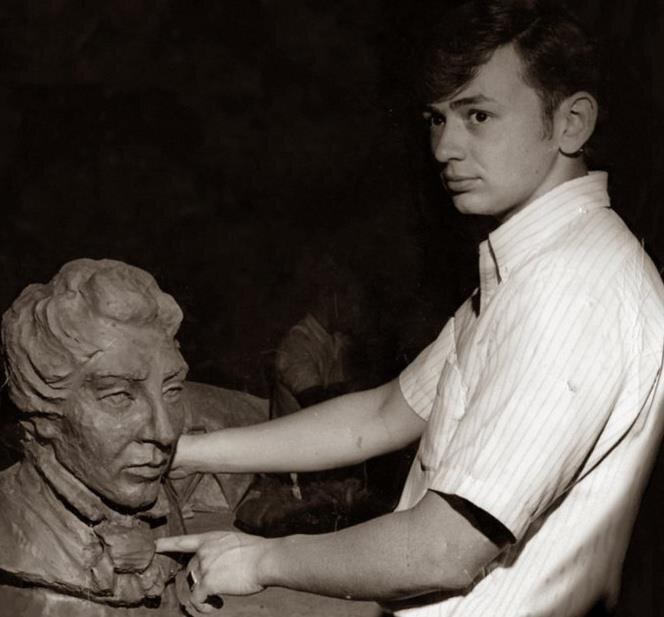 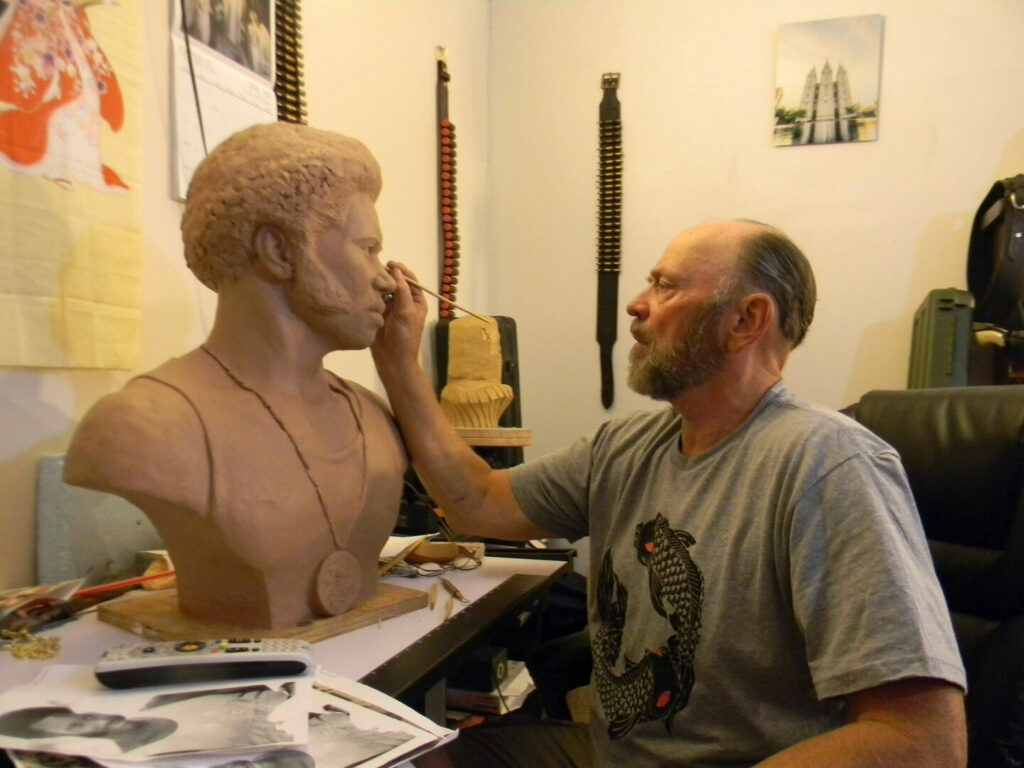 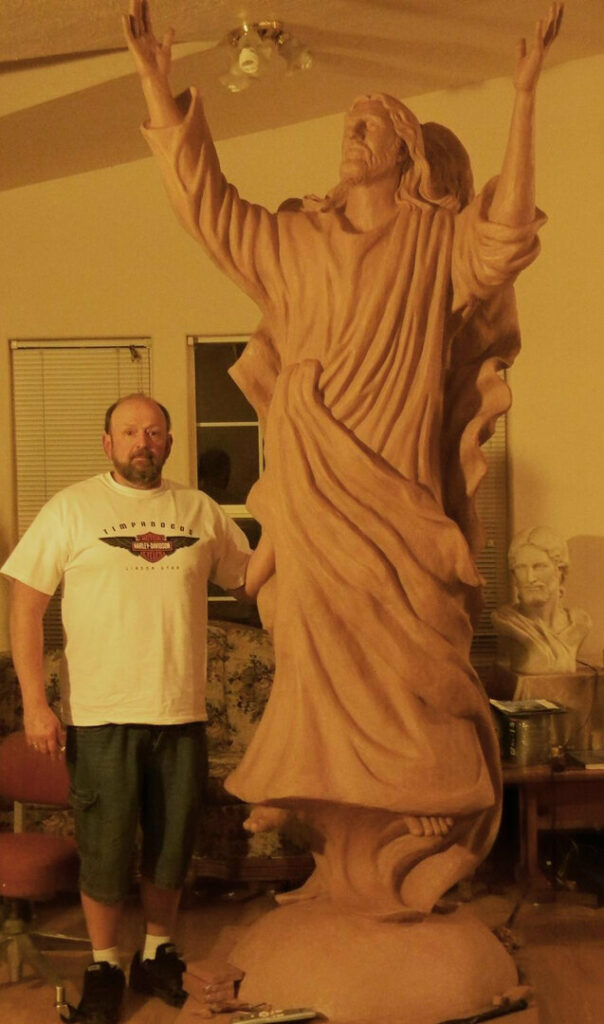 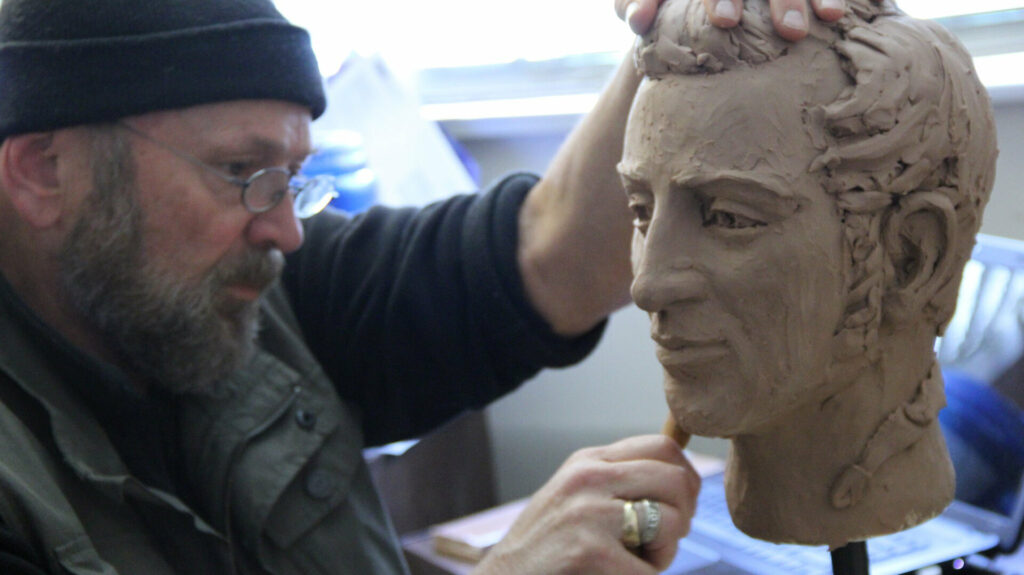 From 8x10-inch miniatures to 8x10-foot murals, he works exclusively in oils and has created custom paintings for private collections, colleges, publications, and corporations. 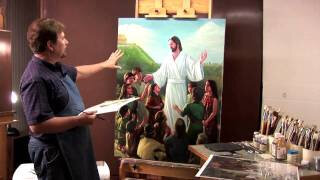 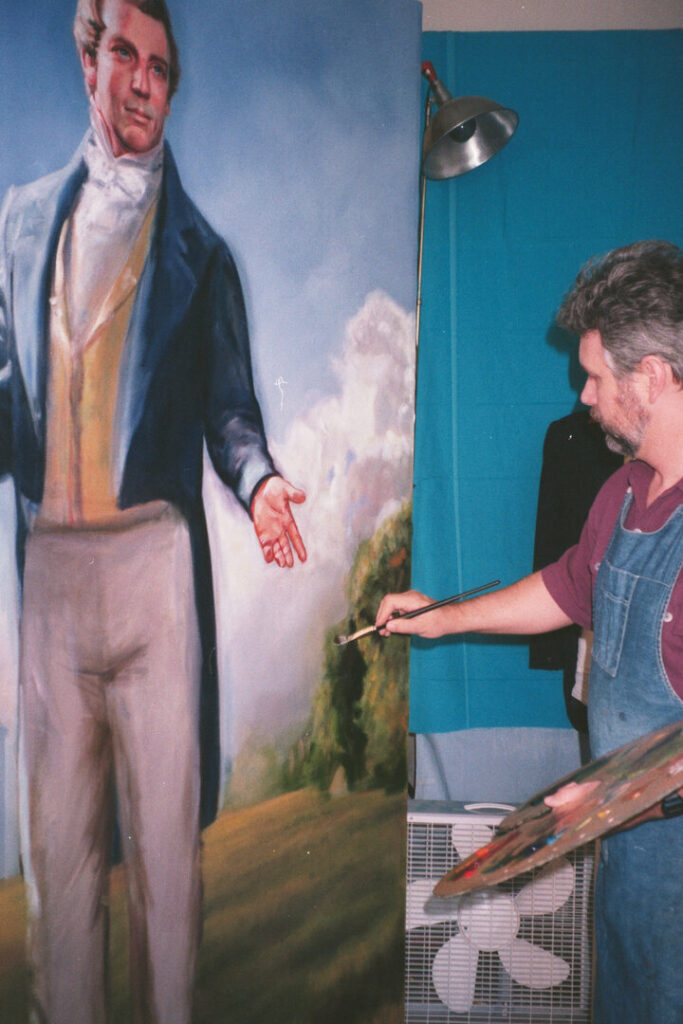 Joshua Luke Bawden (Born Oct. 10, 1984-April, 10, 2015) was an American Professional Sculptor, Web Designer, and Web Marketer. Joshua is Dee Jay (DJ) Bawden's second son and his seventh child out of fourteen children. Joshua was always interested in fine art, he used to follow his father around the studio and loved to watch his Dad at work. Joshua first started helping on DJ's Statues when he was just 5 years old, helping him pack on clay. Later Joshua would assist Dee Jay on many art pieces, helping him sculpt the 9 foot tall Grizzly Bear Statue which is now located at the Maverick Center in West Valley City, Utah. Joshua always excelled at his artistic endeavors. He's tried his hand in Drawing, Singing and he's even tried to be a comedian. Joshua was an excellent Statue Maker and he designed, built and took charge of this website until He suddenly passed away at the age of 30 of natural causes in April, 2015. He enjoyed displaying his talented family's art work to the world. He is loved by many people and missed very much. 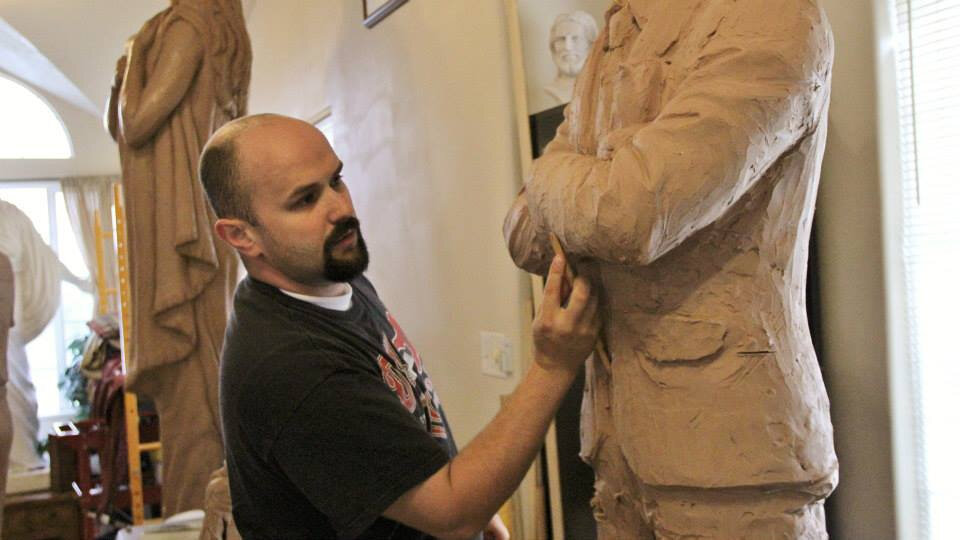 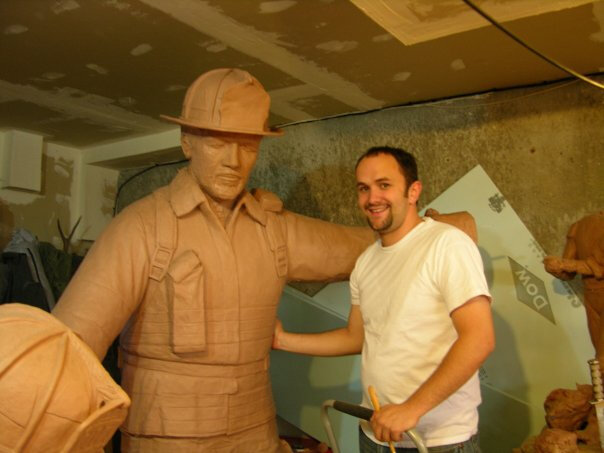 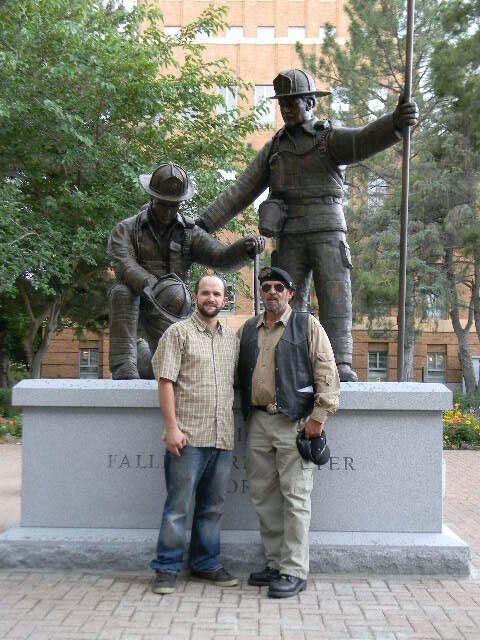 Spencer W. Bawden (Born Oct. 14, 1993) Is an American Professional Sculptor, Artist, and Film Maker. Spencer W. Bawden is the youngest of Professional Sculptor Dee Jay Bawden's 14 Children.Though he lacks in age he certainly doesn't lack in artistic talent or ability. Spencer is an extraordinary artist & sculptor and he excels in all of his artistic endeavors. He paints, sculpts, draws, plays the guitar, and makes films. Spencer Bawden Created the Documentaries you see on totalstatue.com, our blog and our Facebook page.

Spencer helps on all of the custom statues we make and he's only 21 years old. He is in charge of quality control of the statues along with DJ. Spencer's just finished a 5' tall Bee Mascot and he has many other custom statues on the way for the world to enjoy. 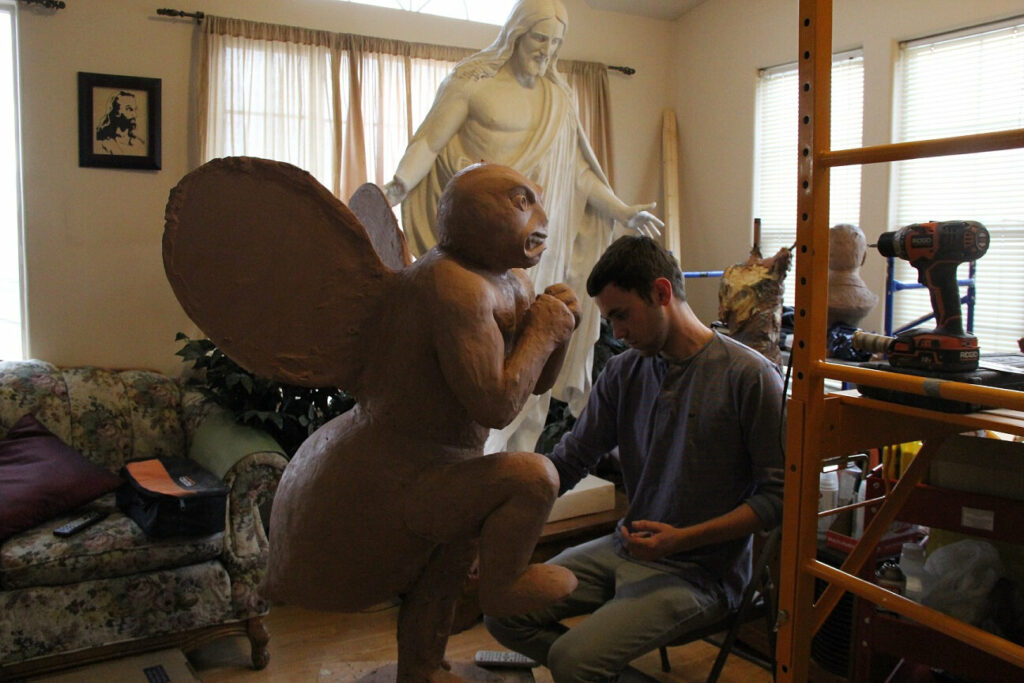 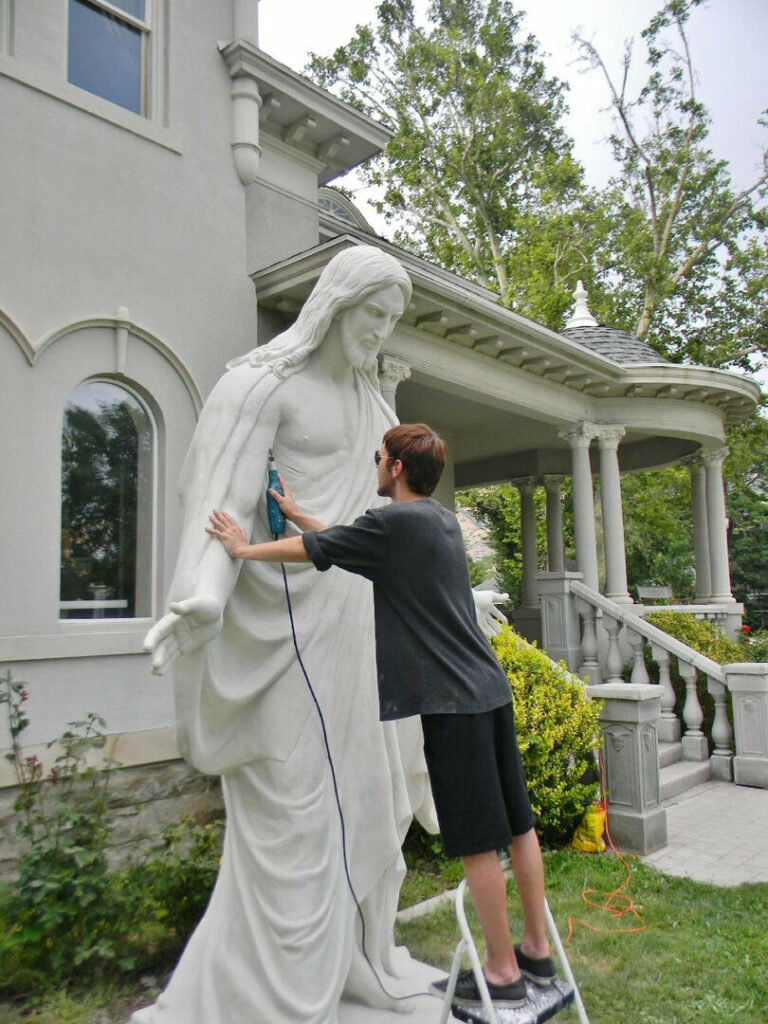 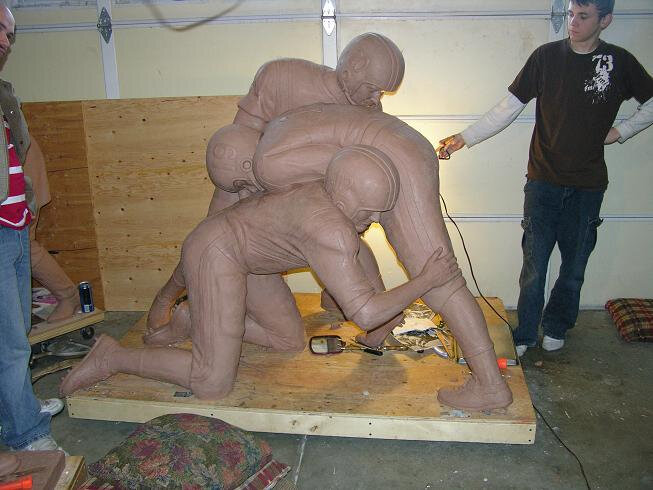 Paul Loren Bawden II (Born Dec. 22, 1987) is an American Professional Sculptor, Web Designer and Small Business Owner (chalicebronze.com). Paul is Dee Jay (DJ) Bawden's Third Son and his ninth child of fourteen children. Paul is the most accomplished of DJ's children in the art of sculpture. He's made more of his own custom statues than any of the Bawden Children.

Paul has been sculpting ever since he can remember, following his Father around his studio trying to help him with whatever he could. Paul has been working in art studios since he could walk. He has helped and continues to help His Father on many monuments throughout the time that he was raised to the present day. While helping his Father with many statues and monuments throughout his childhood through teenaged years, Paul designed many of his own ideas for monuments to follow His Fathers footsteps. Late in his senior year(2006) in High School He sculpted his high schools mascot, a small dragon. Upon showing that dragon to his Principle, Paul received his first commission to do a (13' long and 9' wide wingspan) version of that dragon for a new school building that was being built for that High School.

After Paul graduated from High School, He Enlisted into the U.S. Marine Corps Reserve to be a Tank Crewman. With his love for art growing, He held on to the idea of being a full time sculptor. When he returned from training in the U.S. Marines he contacted another High School in his area that was looking for a mascot sculptor. He then received his second commission to do a series of Hawk sculptures in 2007.

Throughout the last decade Paul has received many commissions including sculptures of prominent religious figures, wildlife sculptures, Portrait busts, relief sculptures, Memorials and many more.. He still continues to help His Father Dee Jay Bawden on many monuments. This is a family business, Paul and his wife want to beautify the world with sculptures.

Paul remains very passionate about sculpture and is excited to sculpt every commission he receives, giving his full effort to ensure quality. He believes that his life work is to beautify the world one statue at a time.

Since the passing of Paul's brother Joshua, He now manages this website and his own website (Chalicebronze.com) for personal commissions. He and his wife continue to help His Family out in any way that they can, Paul does everything in this line of work, from sculpture design, sculpting, mold making or even casting His and His Families artwork. 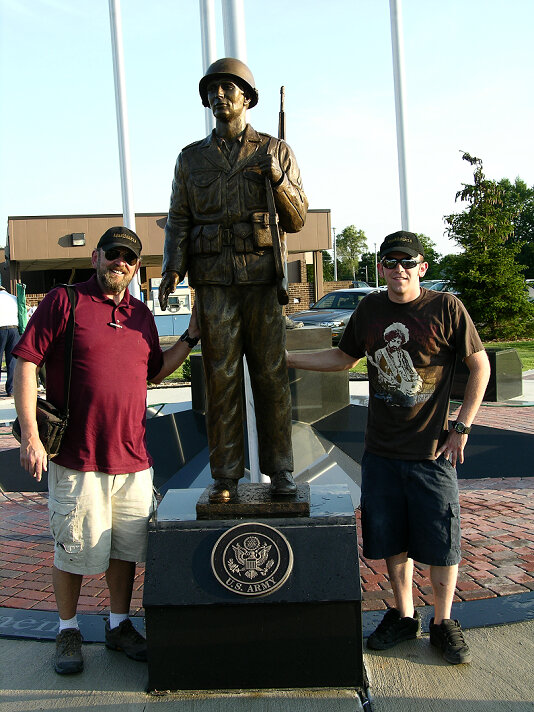 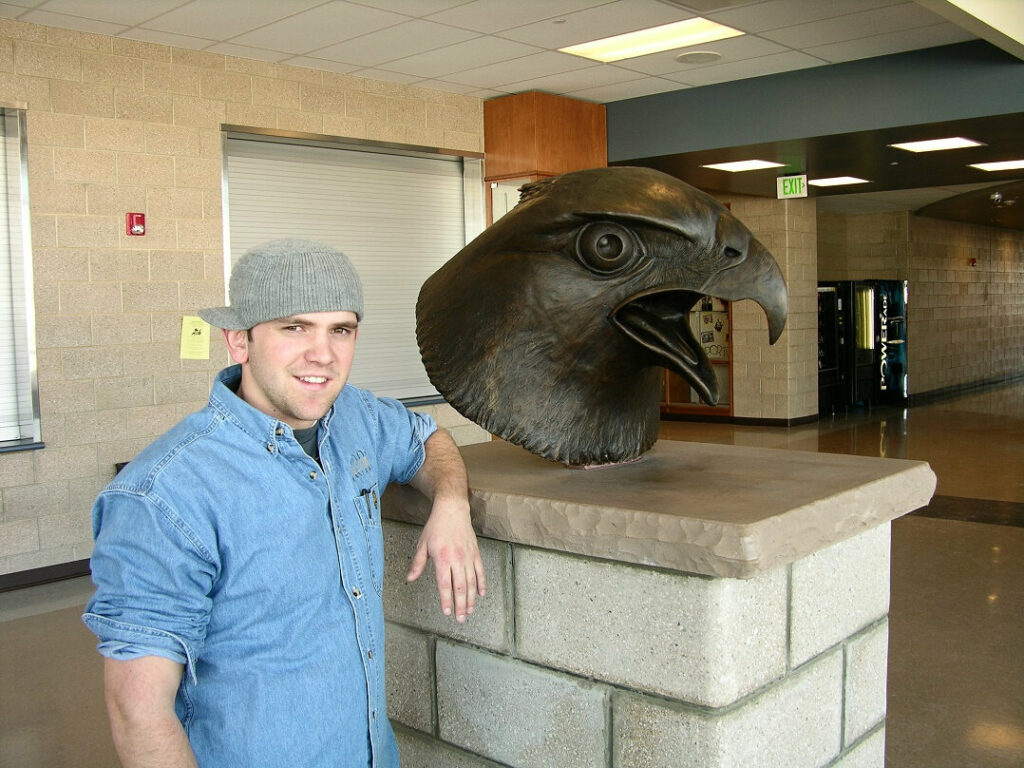 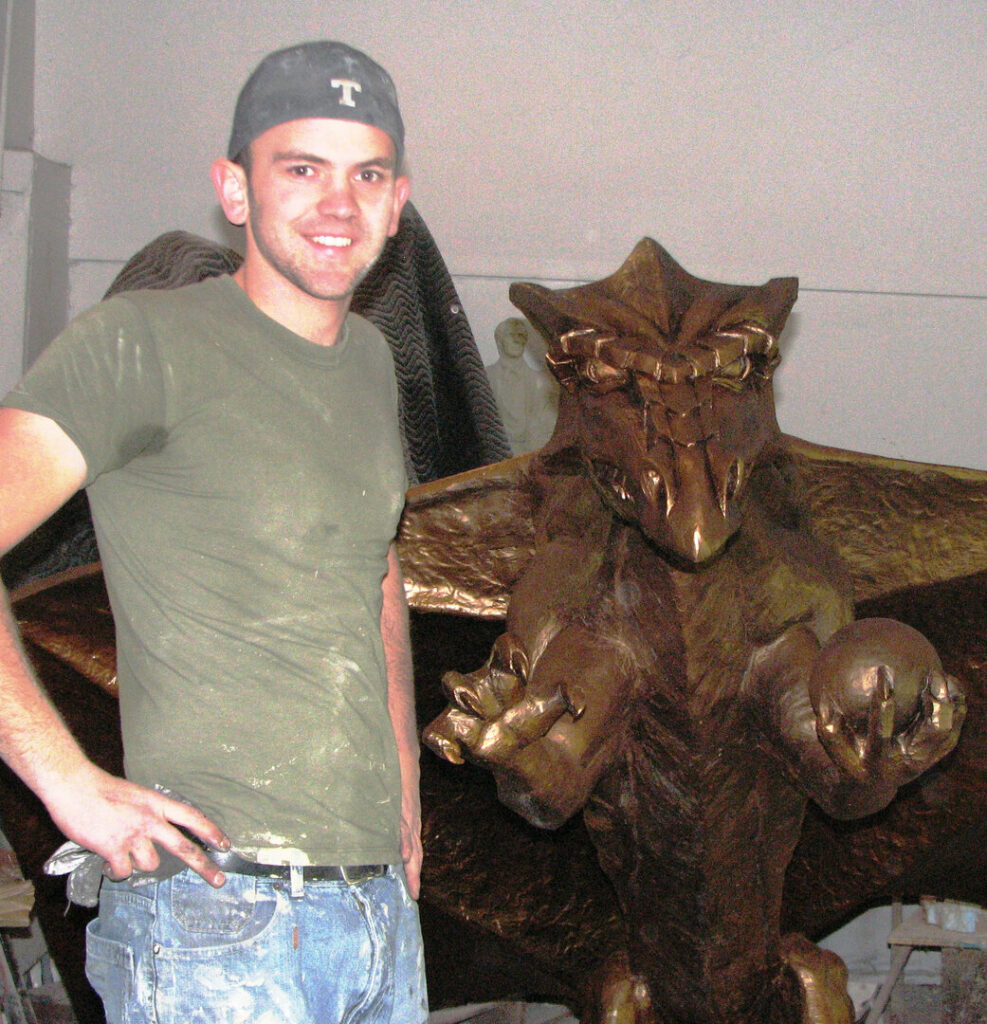 JD has dedicated his whole life to his artwork. Since he was just a young boy he's stood above his peers with his talents. JD is an accomplished illustrator, his artworks can be seen all over the United States. He's written a children's book and he illustrated it himself. JD has even tried his hand in singing, he has been a part of many different Utah heavy metal bands JD has worked on more Bronze Statues than any of his siblings. His talents are still improving and we are excited to see where they'll take him in the future. He does allot of our design sketches for custom statue Ideas. 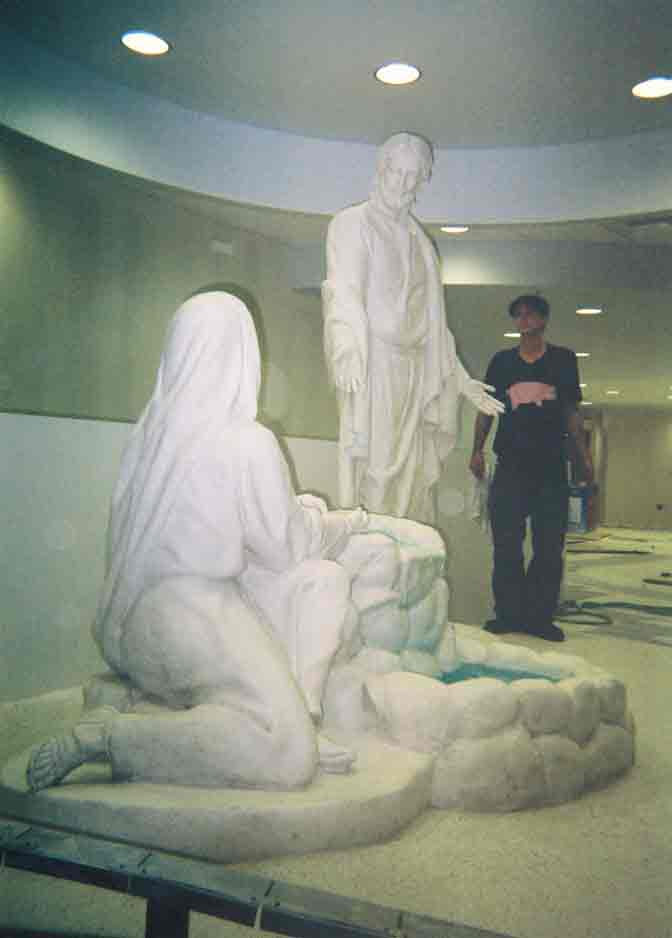 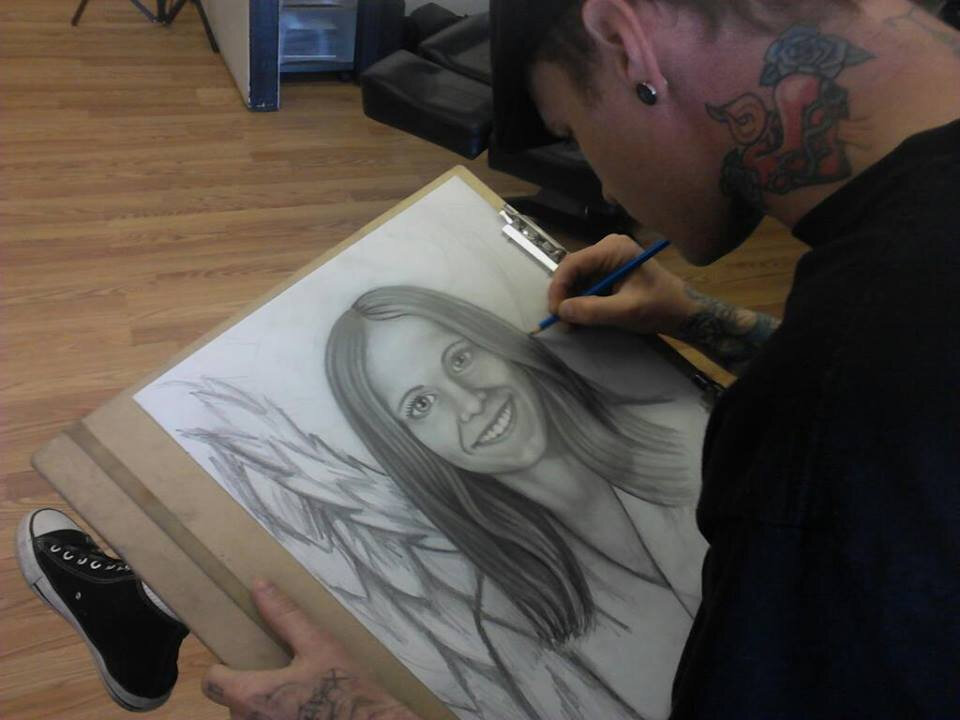 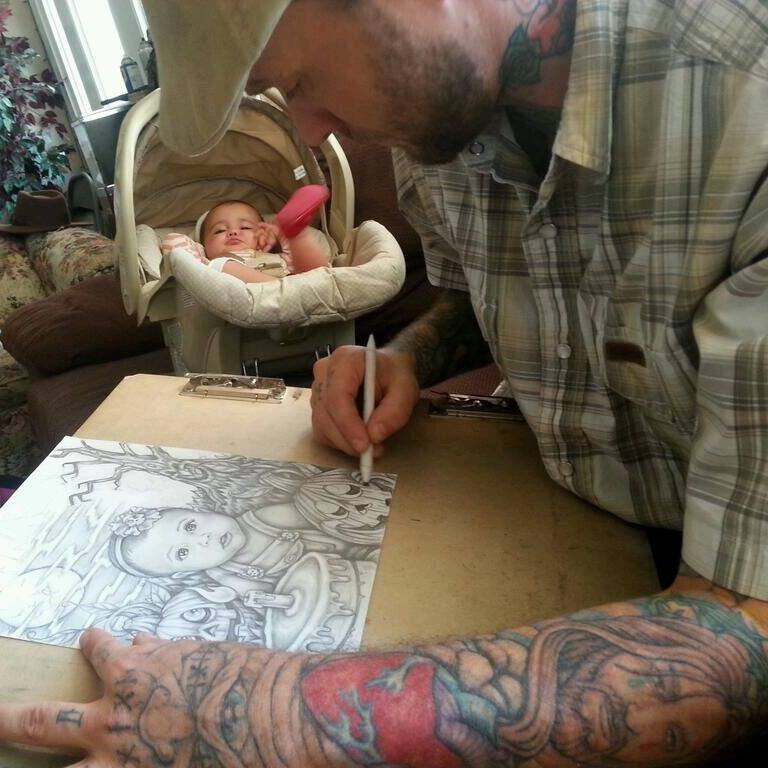 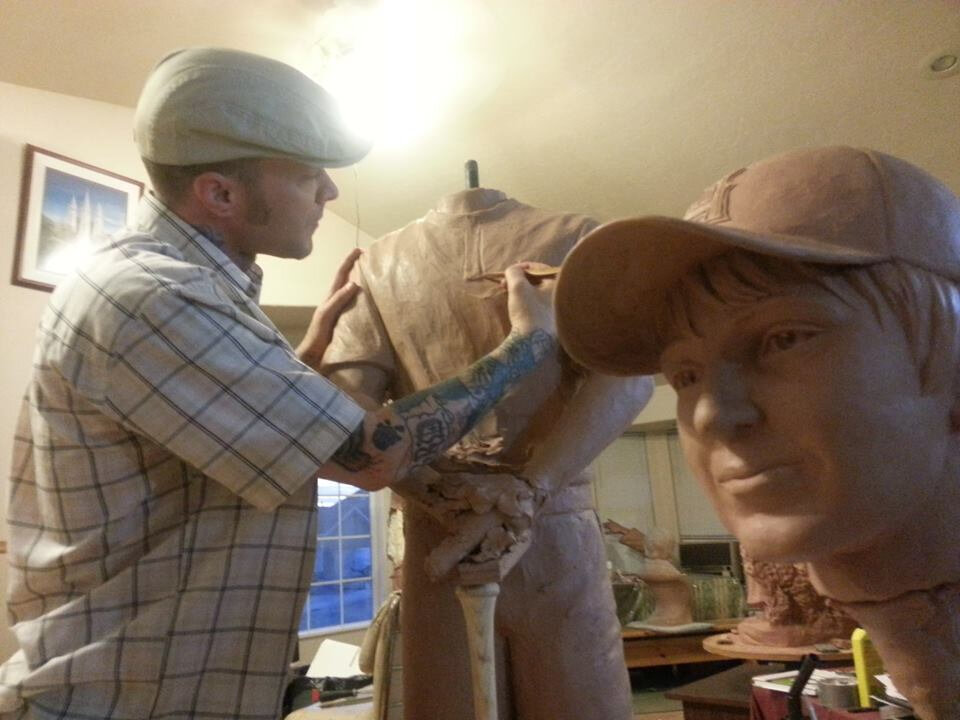 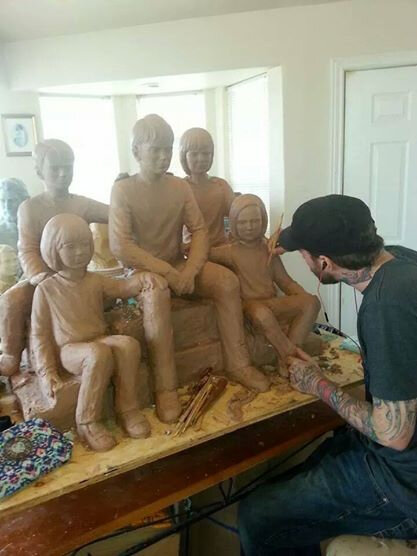 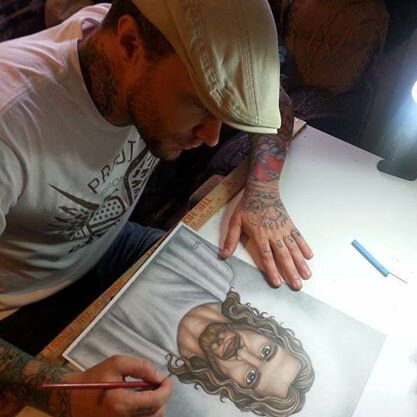 Bonnie Bawden Keele (Born Dec. 26, 1982) Is an American Sculptress, Artist, and Crafts Person. Bonnie is Sculptor DJ Bawden's fifth daughter and she is his sixth child out of fourteen children. Bonnie is the definition of hard worker. She is meticulous at her artwork and she has a great eye for detail. She's in charge of sculpting texture on our Statues, and sh's very, very good at it. She knows just how to create softness in our statues when we need it, and roughness when we need it.

Bonnie has always enjoyed art work of all varieties. She is a skilled seamstress, she creates beautiful dresses and costumes. Bonnie is very talented at making home decor and clothing for men,women and children. She owns her own bow making business and she has just recently started on her own sculpting projects, she works hard to become a great sculptor. We are all very excited to see where her career as an artist is headed. 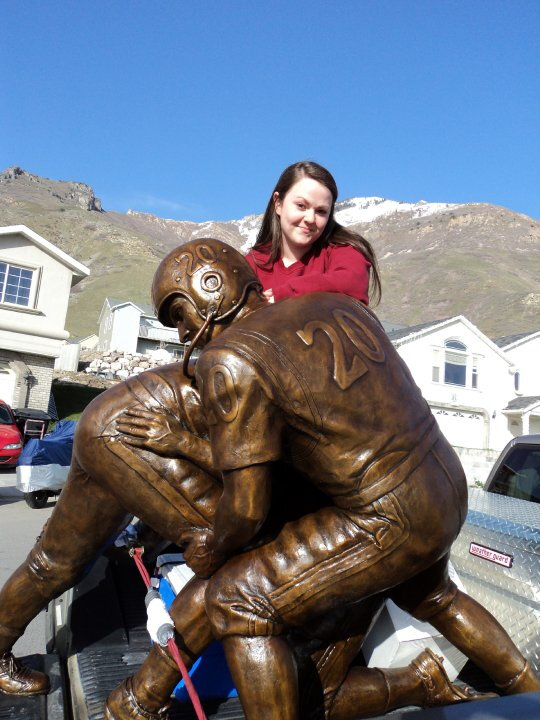 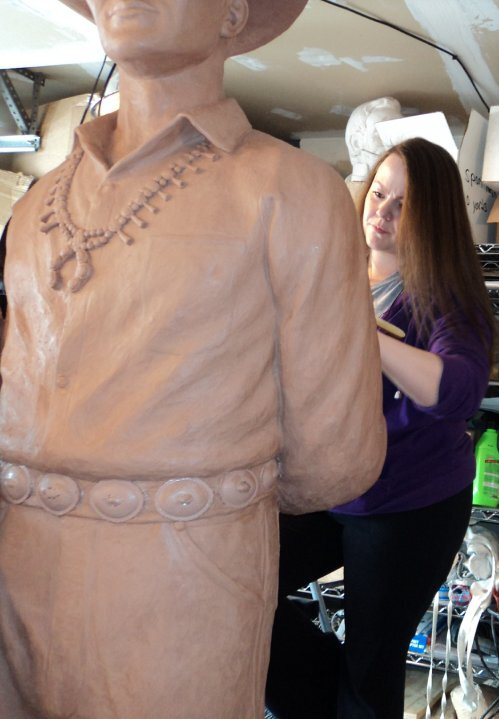 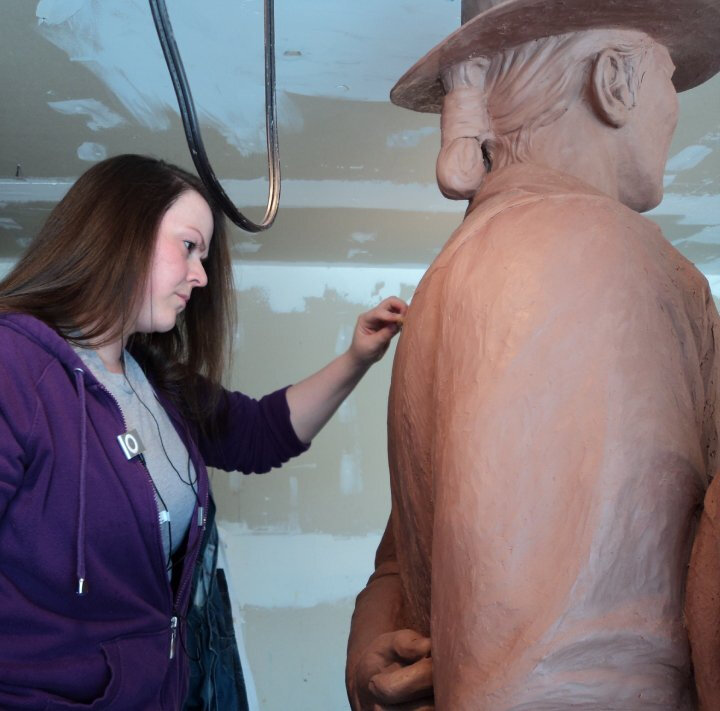 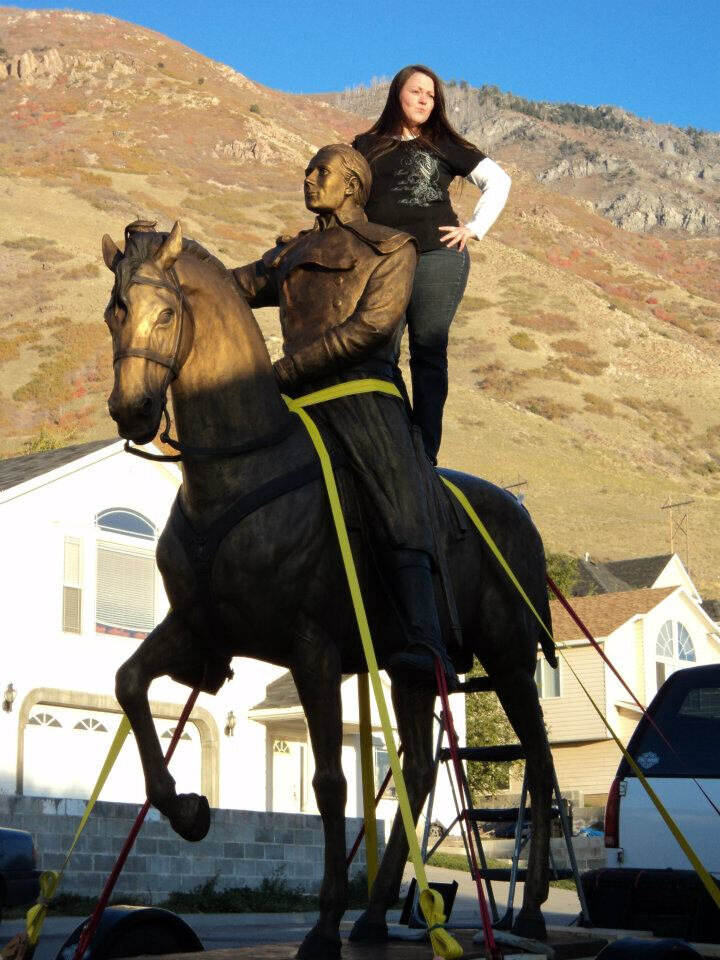 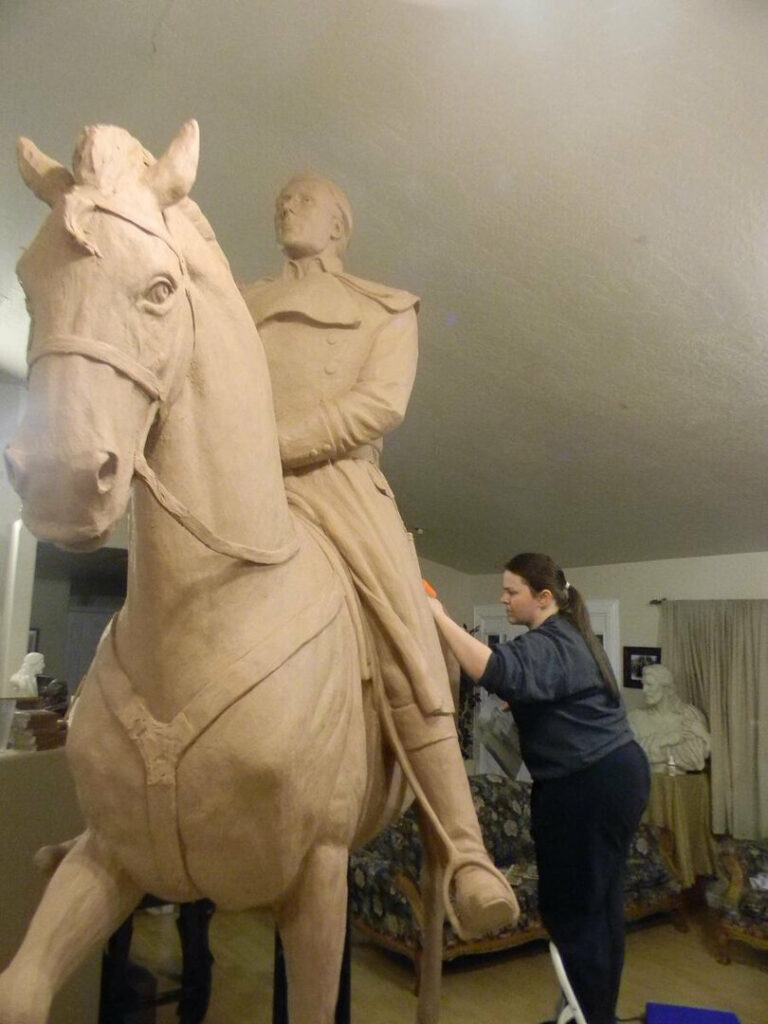 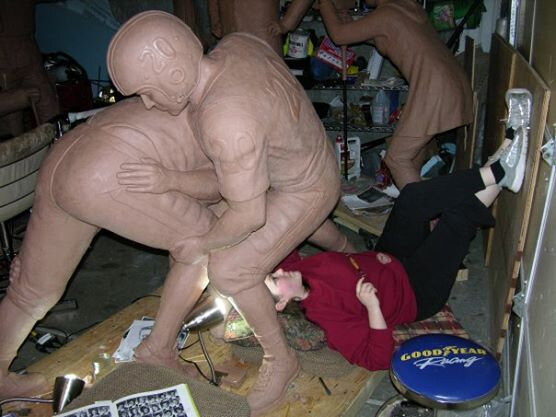